Your DJ has no insurance – what could go wrong? 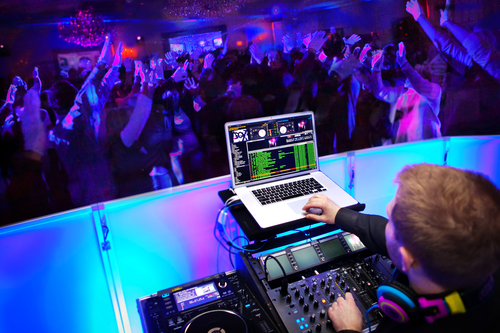 We all know insurance is tricky to deal with. No one wants to spend copious amounts of money on insurance. It is especially disheartening to spend a lot on insurance when it is likely that nothing will go wrong. A DJ service having insurance may seem excessive. It could seem like an added fee that is someone trying to make a quick buck. But it is important to have some level of liability insurance in writing with your DJ. The last thing you want after your wedding is to have to go into a litigious battle about DJ equipment. Taking the time to sort out liability could end up saving buckets of money in the event of an accident. But it is JUST a DJ right? What could go wrong?

The most common problem a DJ faces is damages to equipment. Between moving into the spaces and moving out of the spaces there is plenty of potential for damages. But what about during your ceremony and reception? A speaker could be knocked down by an overzealous party guest. A microphone could be dropped during one of the speeches. Many things could happen to the equipment during your event. Who is liable for the damages? Does your guest have to take responsibility for the problems they may have caused? Does the blame fall on you as the host? It’s the DJ’s equipment, why don’t they pay for it? The waters become muddy. Without a clear understanding beforehand, you may have to end up paying out of pocket for brand new equipment.

Good quality DJ equipment is expensive. The potential of theft is always lurking around the corner. If someone were to walk off with your DJ’s equipment you face the same problem as before with damages. Who has to take the blame for it? Without deciding that, it could put you out hundreds of dollars. Additionally, you do not always know the morality of an uninsured DJ. They could pull a con on you claiming that their equipment was damaged or stolen. No insurance means there is nothing in writing to protect you. You may end up buying these sleazy DJs even better equipment than they had before. Do not get duped by a sketchy DJ.