All You Need to Know About 360 Photo Booths! 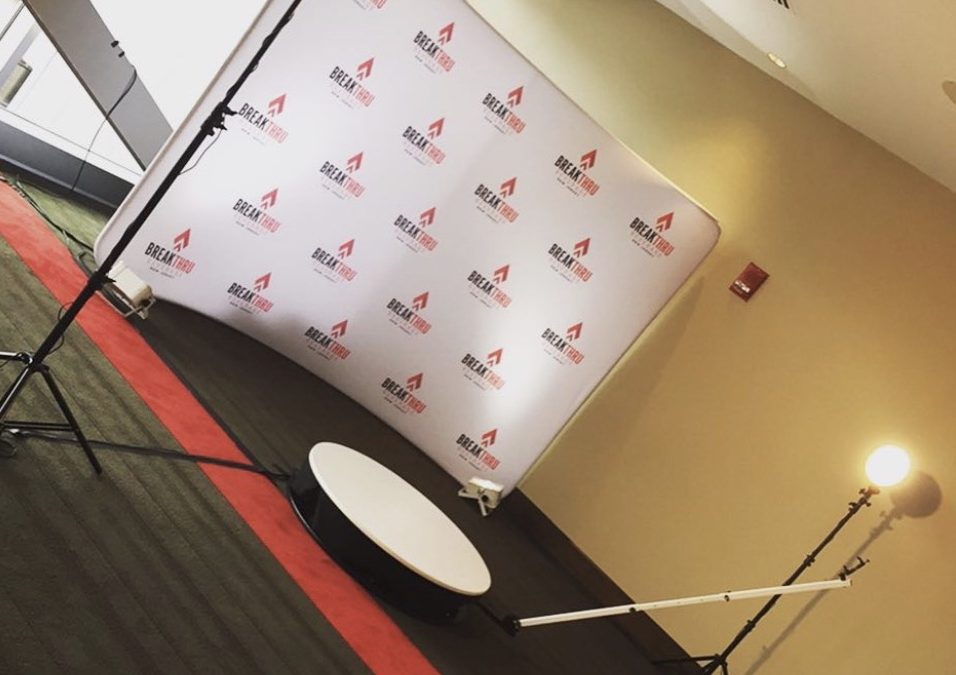 So, first things first, what do you know about 360 Photo Booths?! If the answer is “Nothing!” keep reading and we’ll give you the lowdown on how it all works, and what all the buzz is about! After all, this new photo booth craze is sweeping the events industry, so if you hire our 360 spin booth for your wedding or next event, you’ll be right on the cutting edge of a new trend in interactive event entertainment!

The most important thing to know is that our 360 spin photo booth creates even more dynamic engagement at events and weddings, by giving attendees a truly immersive experience they will remember forever. But, just how do we accomplish this?!

The 360 spin booth, also known as a 360 camera booth, is an amazing piece of technology that uses a rotating camera mounted onto a wheel swivel set on top of a pedestal. The camera slowly rotates around the standing platform while capturing images, allowing the user to experience a highlight reel worthy photo op that can integrate photos, video, GIFs, and even slow-motion effects into the final product.

At SCE, we have done 360 spin video booth experiences for so many awesome companies! We’ve celebrated with sports teams like the Philadelphia Eagles, and celebrity clients like Martha Stewart, as well as getting to be part of so many awesome weddings all over the northeast.

The SCE Event Group 360 Spin Booth experience includes 3 trained and knowledgeable attendants, and all of the required equipment to make sure the experience runs smoothly for the duration of your party.  The 360 video booth is truly a great option for weddings, holiday events, corporate galas, and other life events and parties. We Promise!

So, if a mesmerizing, immersive and interactive, high-quality photo adventure that’s unlike anything you ever thought possible sounds good to you, keep on reading or simply get in touch today to secure your date!

Why are 360 Photo Booths so Popular?

There are several reasons why 360 spin video/photo booths are gaining popularity at events around the world:

When we arrive at your event we can be set up and ready to go super quickly, meaning less disruption if we are setting up during your event, as opposed to before.  The 360 photo booth comes as a complete unit, including an all-in-one easy setup.

Events are about cutting loose and having fun after all, and a 360 photo booth adds excitement, making users feel like the center of attention with all eyes on them! It also helps to put your guests in a party mood, which will make them ready to get down on the dance floor later on!

Once your guests start to see the 360 booth in action it’ll attract the crowd’s attention meaning more engagement and capturing more memories!

A 360 photo booth offers an entirely different experience from a traditional photo booth (even though we think they’re pretty awesome too), so it’s likely that the experience will be new to most of, if not all, of your guests, making it extra memorable and enjoyable!